Will the September 2022 broad core update swing SERPs badly? What do you think?

Anil brings immense value to the digital marketing space as a techno-marketer with 30+ years of experience. He understands both eco-systems – technology and marketing. Digital marketing is the love of his life & he has been pursuing it for over 20 years. His other interests areas are Artificial Intelligence, Expert Systems, Sustainable Technology and Coding.

For more on our bespoke Digital Marketing services, and pricing.

Get in Touch
Read time: 6 minutes

As a marketer, I am already scared. Another core update on the way? Should we be marketing or cater to Google’s algorithms? That is a million dollar question. There is no news on the changes that the September 2022 broad core update would bring. Let’s see what it could entail, as of now…

Google is the market leader in search and the secret is that it regularly improves its ranking algorithm. According to the MOZ grapevine, we do not rule out an average of 8 to 10 updates a day out.

These are smaller algorithms, but a larger one is called the core update. A core update causes tremors in SERPs and we can feel them far and wide in the search landscape. Understanding core updates is the key to better search rankings.

There has been no buzz yet about the September 2022 broad core update. Google announced a September 12, 2022 rollout and said it could take about 2 weeks to show changes. Core updates are mostly generic and this update would affect all languages, geographies, categories, and domains.

Since 2020, we have seen 6 broad core updates, swinging the results with varying effects.

We do not yet know what the September 2022 broad core update would bring, but notable core updates we have from the search king are:

What’s common across all these updates is that we have seen large SERP swings and we can expect the same this time around.

As we saw earlier, Google updates its search algorithm about 8 to 10 times a day. These are minor updates and they improve relevance and quality of SERPs. They affect a few pages, possibly about 0.1 to 1 percent of searches. Normally, webmasters see little into these.

Effect of a broad core update on SEO

Search engine optimization as we all know is adjusting a webpage or the entire website to Google’s best practices and ensure that it finds favour with its search algorithm.

With a broad core update, the search engine algorithm changes drastically and ranking might go up or take a beating.

For example, you may have some great work to focus on a certain ranking factor and a core update may do away with the ranking factor. Since the factor is no longer in play, your ranking drops. Conversely, the update could add another entirely new ranking factor and the results will be the same.

A broad core update or a medium update may also impose penalties for not following or adhering to Google’s search game.

For example, the helpful content update that was rolled out in August 2022. Or, the Panda update that gave out algorithmic penalties for thin content websites.

An update like the #september2022coreupdate may affect more than just search ranking. It may affect alternative listings like featured snippets, knowledge graph panels and PAA (People Also Ask) results.

Will the September 2022 core update augment the #helpfulcontentupdate?

Helpful content update is a part of a core algorithm update and is a site wide classification. It continuously runs even during the September 2022 broad core update roll out.

Since Google has always advised to focus on content to be on its good books, I feel the helpful content update has not been as effective as expected. And the September 2022 core update is going to swing the pistol on thin content sites differently.

Dealing with a core update

All of us as marketers have learnt the hard way to deal with impactful Google updates, however, just a reminder as to how we can reduce its impact, in case…

Look for announcements across Google blogs. Better still follow @searchliaison at twitter to get to know more about forthcoming updates and news from Google.

Preparing for a core update

First read about the update. Google normally announces the purpose of the update and its impact before rolling it out, but not always. For example, we are yet to understand the purpose of September 2022 broad core update.

If you feel that your website is going to be affected, you may need to tweak certain aspects of your search engine optimization process.

Responding to a core update

Once the SERPS change, keep track of your search console and do nothing yet.

The SERPs will bounce for a few weeks. Let them settle down before taking any action. This may sound like inaction, but it is best to act once the update has settled down.

In my opinion, the September 2022 core update will not change SERPs much. And Google’s recommendation to contend with core updates has always been to focus on content. So, if you spot-on with content, there is nothing to worry. Also, with the helpful content update not disturbing the waters much, I do not see the September 2022 broad core update making waves.

Go on, comment below about how this core update is going to swing the SERPs.

For more on our bespoke Digital Marketing services, and pricing.

This site uses Akismet to reduce spam. Learn how your comment data is processed. 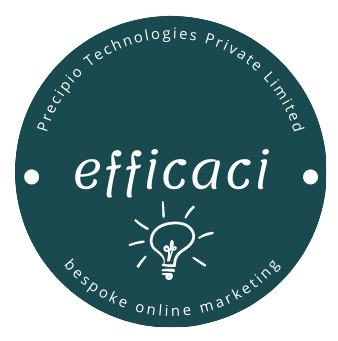 Receive the latest news and updates from our team.

Your email will be private and used for B2B communication only.

You have Successfully Subscribed!